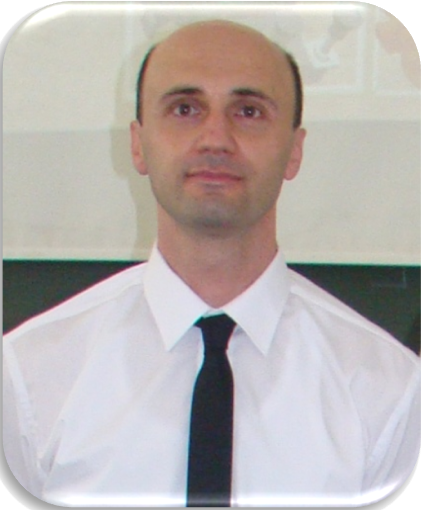 My name is Samir Gutić.

After that, for six years I have been working as a computer network designer, video surveillance and alarm system designer. Besides that, I was programming in Visual Basic 6.

For one year I was head of computer repair shop. (All within the same company).

On 2007 I have come to Slovenia as a programmer and operator of robotic cell for metal sheet bending.

During six years of work with robot I have perfected existing bending cell adding additional sensors, grippers (magnetic and vacuum) and similar and I have created more than 700 programs.

On 2009 company acquired CMT welding cell with ABB robot and turning tables. I was making programs for that robot and FRONIUS CMT welder.

I have made all the connections between robot and spot welding machine, system for automatic welding program loading, cooling fluid control, turning on and off magnets on gripper and table, welding electrodes position control and similar.

For that robot, on IRC4 controller, I have made all needed work objects and welding programs.

At the end of year 2012 company acquired fourth robot - KUKA KR16. For that robot I have created all coordinating systems and manipulating with digital inputs and outputs in order to add him to spot welding cell.

I'm very accurate (regarding time and profession) and do not stop if I ran on problems.

I can speak and write in English, Slovenian and, of course, in Bosnian.

I have finished my masters on July 27. 2013. with subject: 'Robotic cells for metal sheet processing' so now I have masters in electrical engineering.

Since year 2018 I'm working in development of smart AC chargers for electrical vehicles.